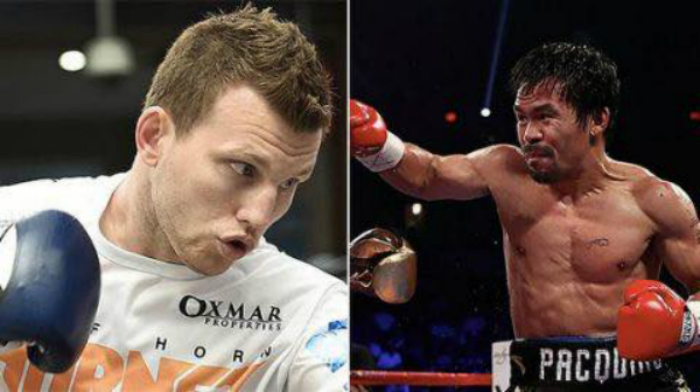 It is official. So better get your tickets early, because this fight is going to be a big one, in fact – the biggest Boxing event in Australia’s history.

A few month’s ago Australia went into a frenzy, as they found out the their very own Jeff Horn will be coming up against on of the World’s greatest boxing champion and legend, Manny Pacquiao. Only to find out a few weeks later that the fight was off. It came as a huge shock to Jeff Horn and the team at Dundee’s Boxing and Fitness Gym, as they all worked very hard to fulfil this dream and once in a lifetime opportunity.

Fast forward a few months to today, and we are all now lining up to purchase tickets to see ‘The Hornet’ and ‘Pacman’, fight it out for the WBO Welterweight Title on home soil at Brisbane’s Suncorp Stadium on July 2nd.

Dundee and Jeff will be back in the gym, day in and day out – training hard to prepare for this fight.

Want to show your support? Don’t forget to grab a Jeff Horn T-Shirt.